If you have an idea of what Shiroi Koibito is, then you’ve probably tasted the popular souvenir snack from Hokkaido. The only problem is that it’s difficult to find it anywhere else but in selected stores inside the airports of Japan. I don’t know if it’s always sold out but I see more of “_____ No Koibito” or “Shiroi _____” in souvenir stores. I didn’t know if they were knock-offs or from the same company that makes Shiroi Koibito but I decided to try the Kyoto No Koibito out of curiosity and because the packaging says that the filling they used is matcha flavoured. 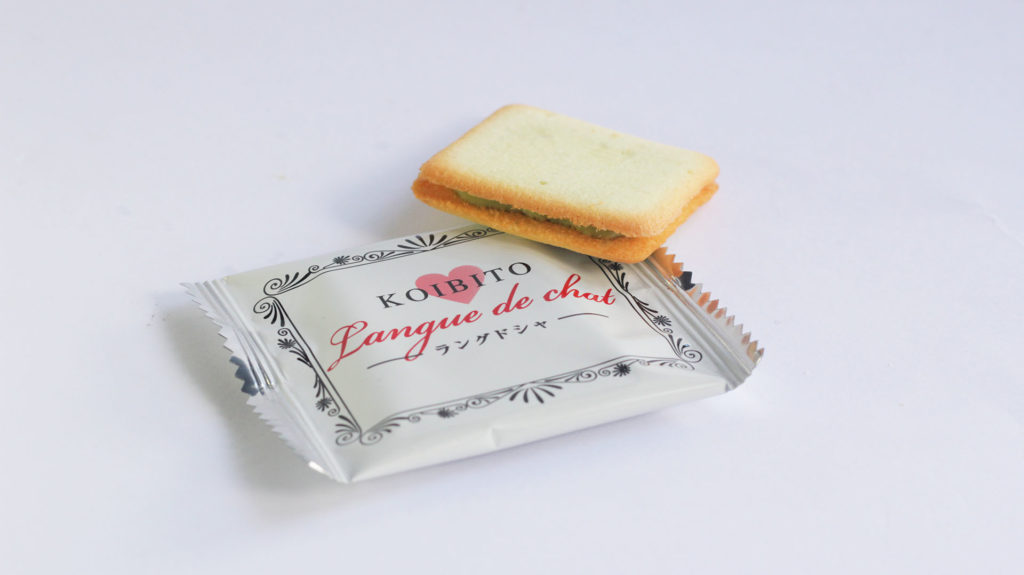 Shiroi Koibito VS Kyoto No Koibito

The packaging is a little similar except for the design. The Shiroi Koibito has a blue plastic packaging and the Kyoto no Koibito is packaged in white foil. The cookie itself, or for a better term, the Langue De Chat, is similar in thickness and texture but I find its taste quite bland compared to the original. Another difference of the two is also the color of the cream filling in the middle. The Kyoto No Koibito’s is green while the Shiroi Koibito’s is white. Both has the same consistency but what the lesser popular brand can’t copy is the taste. The matcha cream filling has a very light taste compared to Shiroi Koibito’s white chocolate filling that I find very tasty.

It’s truly hard to find something that will match the standards and taste of the original from these similar products but I have yet to try “Omoshiroi Koibito” which I found out, was sued by Ishiya Co., The company that makes Shiroi Koibito. I’m curious if they’ve come close to copying the taste or just because of the fast that almost copied everything, even the design. But “Shiroi Melody”, another similar product, also has a design similar to the original.

The Kyoto No Koibito Taste

The verdict, I found this version a little weak compared to the famous Shiroi Koibito. I would prefer to buy the more flavorful version for the same price. Maybe if I had not tasted the Shiroi Koibito first, I would have enjoyed this snack more. I think what made me a little discontented with this product is that before I even had a chance to taste it, I already had a standard that it has to live up to, in mind. I also thought that the taste of matcha flavor would be more prominent. Although someone like me who has a sweet tooth might prefer the Shiroi Koibito, other people might find that too sweet and might go for this version.