Travelling from one country to another is always tiring. It can take a toll on your body specially if you are not well rested before your flight. To make things worse, you will be stuck in an enclosed spaces with other people for a long flight. And if your resistance is low, your body might be susceptible to catch other people’s disease. The easiest to catch is another person’s cold and once you hear someone coughing or sneezing inside the airplane, you know sooner or later you’ll be infected with their bacteria. Even if you don’t get it from another person, you can still develop a cold if you’re body cannot adjust well to the weather change, like if you’re coming from a country with hot weather then flying out to another country where the current season is winter.

First you’ll start sneezing and sniffling because of a runny nose. Then you’ll wake up one morning feeling pain in your throat. You might think that you just fell asleep with your mouth open and your throat dried up but it maybe something worse. A sore throat. So how can you tell if it’s one or the other? Usually, if you just have dry throat, it’ll start feeling better once you drink some water but if the pain doesn’t go away after a couple of hours, and you feel like your condition is getting even worse, then you might have sore throat already.

Whenever i’m in Japan, I always stock up on medicine, particularly sore throat medicine. I find their solution more effective than what we have in our country. I’m going to introduce to you 2 types of sore throat medicine that I have personally tried and tested. 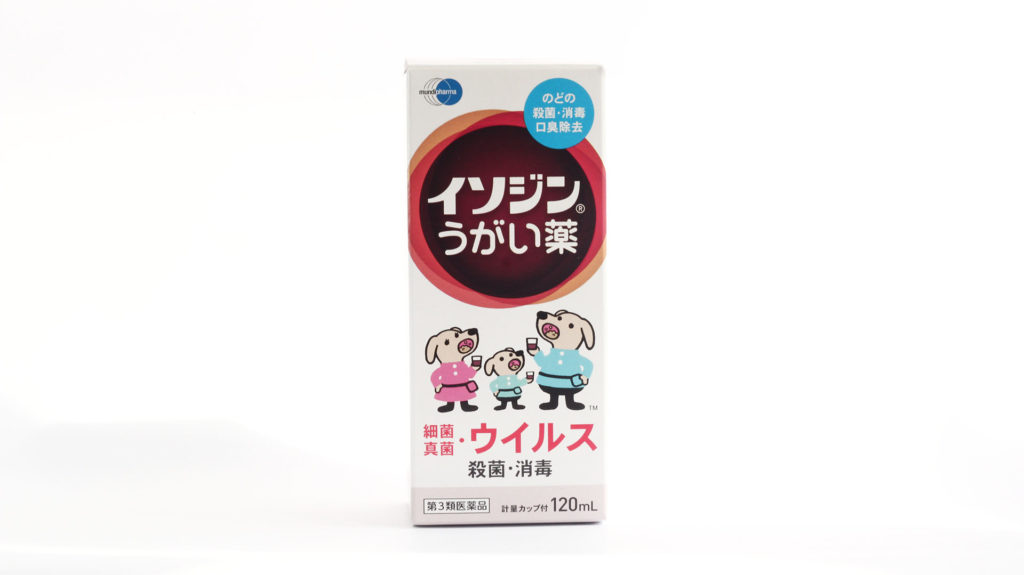 The Isodine Mouthwash is a dark brown liquid solution that comes in a small plastic bottle. Its active ingredient is Povidone-Iodine. It has antiseptic properties that kills harmful micro organisms such as bacteria, virus and fungi within the throat and mouth. It disinfects the oral cavity to prevent tonsilitis, stomatitis, pharyngitis and it even eliminates halitosis. It comes in different volumes. The smallest bottle is 120 ml, the medium size is 250 ml and the largest is 500ml. 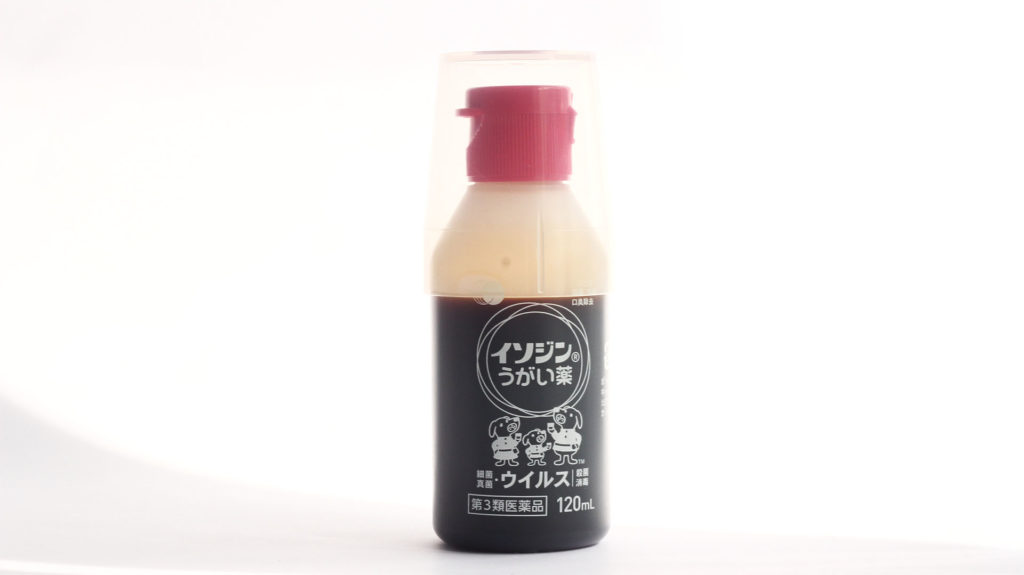 Inside 1 box will contain a bottle and a small, transparent, plastic cup. You will notice that the cup has 3 lines. 2 of those are placed diagonally at the bottom of and 1 near the mouth of the cup. The diagonal lines at the bottom has the numbers 2 and 4 to indicate that each line is 2 ml or 4 ml correspondingly. 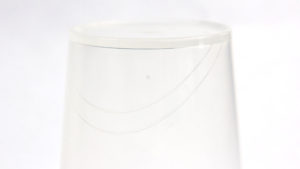 So why is it placed diagonally? You need to tilt the cup 45 degrees and pour the solution until it reaches either the 2 ml or the 4 ml marker. 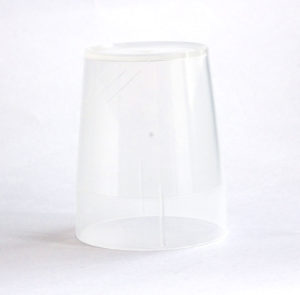 After pouring the solution, pour water until it reaches the marker near the top of the cup, to dilute the Isodine Mouthwash. Gargle the solution for a couple of seconds but do not drink it. Instead, spit it out and repeat gargling until the cup is empty. If you stain your clothes, rinse it out with water quickly. Don’t wait for it to dry before you try to remove the stain. If it gets in your eyes, rinse it out immediately as well. It doesn’t cure cough and colds so do not use it for anything else other than what it’s made for. If you accidentally ingest it, contact your physician immediately. 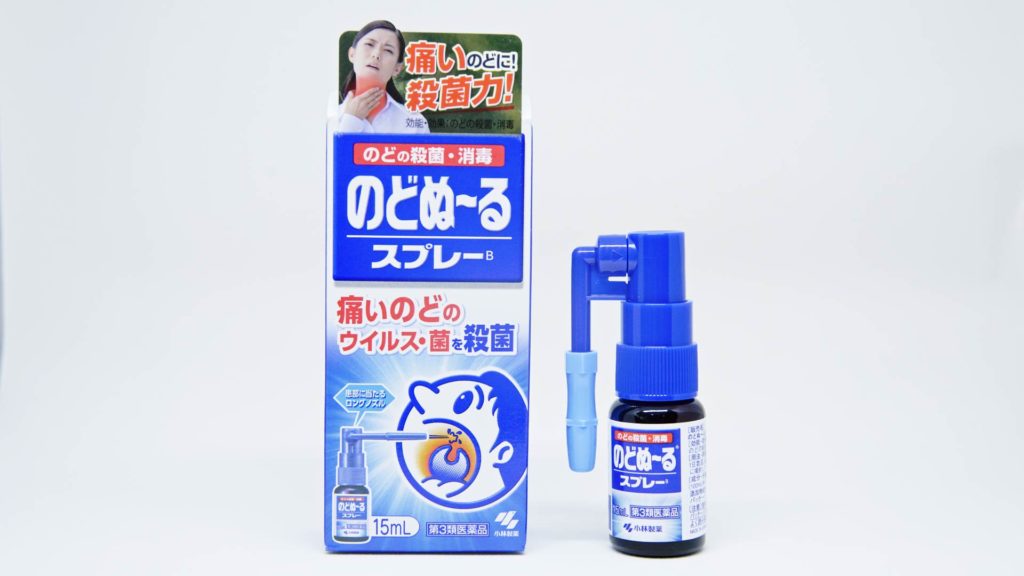 The Nodo Nuru Spray has the same formula as the Isodine mouthwash. It’s main ingredient is Iodine. The only major difference between the two, is its usage. The Nodo Nuru Spray comes in a smaller bottle that has a nozzle for the spray. Unlike the Isodine Mouthwash which uses 2 -4 ml per use, the Nodo Nuru Spray uses less than 2ml per spray. It’s more portable and can be used anywhere. For me, the downside of this product is the taste. Since it doesn’t use water, you can fully taste the undiluted solution which is not a delicious flavor. It’s tolerable but the taste is not really pleasant.

How To Use The Nodo Nuru Spray

Inside the product box, the Nodo Nuru Spray is placed inside a resealable plastic that has the instructions printed on it. Unfortunately for foreigners, it is written entirely in Japanese but it is so easy to use that you can figure out how to use it, on your own. Just to be safe, I will demonstrate below how to use the Nodo Nuru Spray.

Your newly opened Nodo Nuru Spray should look like “Figure 1”

This is the trickiest part. You basically need to target your throat but before you do any spraying, you need to aggressively breathe out air through your throat like how you do it when you gargle. This way, you can prevent or at least limit the liquid that will enter your esophagus. This kind of spray is not like that spray used in perfumes. It doesn’t have a wide yet soft attack but more of a strong and has a single point attack so you might be surprised of the feeling after you spray it. And as i’ve mentioned, it doesn’t have a nice taste so be ready for that as well.

This precaution might not only apply for the Nodo Nuru Spray but also the Isodine Mouthwash.

1. Women who are breastfeeding.
2. Pregnant women.
3. People who suffer from thyroid disease.
4. Children who are younger than 2 years of age.
5. People who have allergic reactions to iodine or povidone-iodine.

If you’re looking to purchase both or any of the ones I reviewed, you can easily find them in drug stores scattered all throughout Japan. If you’re overwhelmed with all the medicine that’s on the shelves and can’t seem to find the throat medicine section on your own, you can ask help from the drug store staff. If they don’t speak your language, you can say “Nodo Kusuri” which literally means “Throat Medicine”. They will be able to understand you and point you to the right direction. All you need to do next is identify which one is the same as in the photos above. Good luck and don’t forget to wash your hands and gargle after you’ve arrived home or in your hotel.