If I remember correctly, when I was around 7 years old, I had eye surgery. It was to remove a cyst that my mom had spotted earlier. Fast forward to years later and now I can’t function properly without my glasses. My eyesight isn’t so bad that I can’t totally see anything if I don’t wear glasses but I get headaches because everything is just blurry. And to add to that, I have a rare eye condition that makes the veins under my eyelids get swollen if I strain my eyes by using the computer too much. The bad news is, staring at a computer is part of my job. The feeling I have when my eye veins get inflamed is a lot like having something like a small particle or sand get stuck in my eye. I can’t help but rub it which makes the veins more agitated.

How I Heard About Rohto Cooling Eyedrops

Before my vacation in Japan, I was talking to my colleague about my trip. She was also going there for a vacation the same time as me and we were chatting about the things we would buy. She told me one of the items in her list was Rohto Eyedrops. I am familiar with the Rohto brand but I didn’t know they made eyedrops as well. She said that she knew people who swear by the line of eyedrops from Rohto and that it effectively reduces the redness of eyes through it’s cooling power. I was intrigued. 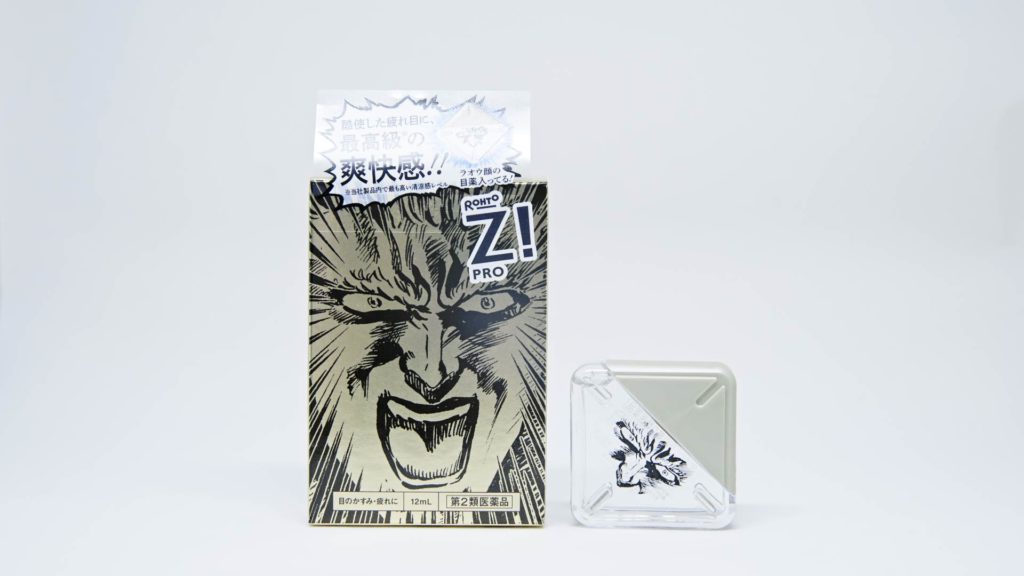 While I was inside a drugstore, stocking up un Japanese medicine, I came across the eyedrops shelf. The shelf was basically dominated by Rohto products. It was difficult to choose one because they had at the least, 8 kinds of eyedrops. They had boxes in blue, gold, white, green and I didn’t know exactly how they were different from each other. All I noticed is that they have a ranking system at the back of every box then I just chose the one that looked the most aggressive. I chose the box with an illustration of a man that looks like he’s super stressed and screaming his lungs out. I don’t know why but I felt like “Yes, this is what I need”. I bought the Rohto Z Pro. The dropper itself is in a container shaped like a diamond. It has a transparent body that has a weird illustration of a man’s eyes who’s either stressed or angry or both. It has a gold cap that you won’t even need to twist to open. Just pull the cap and it will open easily. Push the cap back until you feel it click then you can be sure it’s secure and it won’t drip. The design of the dropper and cap seems like it’s specifically made to be easy to put back together while you have your eyes closed. 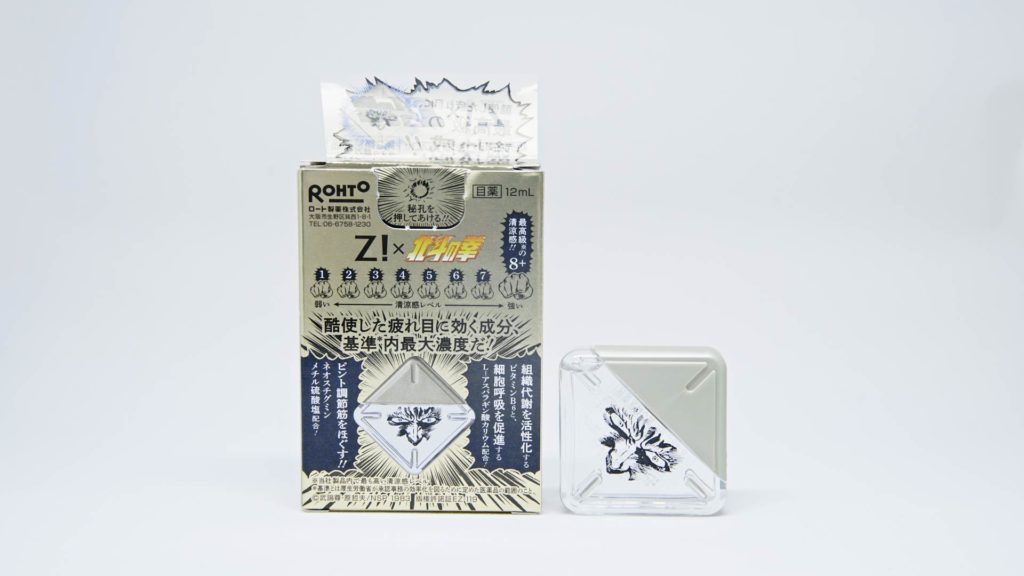 At the back of Rohto Eyedrop boxes are 8 illustrations of fists along with the numbers 1-8 on top of each. My best guess was that the numbers represented how effective the product is against redness. Having eye woes led to me into making the decision to go for the box that had the level 8 written on it. I was excited to try it out to see if it’s really effective. When I came back, my colleague and I were comparing our shopping hauls. I showed her the Rohto Z pro level 8 that I purchased. She was surprised I chose that because what she bought was the yellow version that is 5 levels lower than mine. She only had a level 3. I was instantly worried about my decision so said she’d try it out first so I can see her reaction. After putting a drop each on her eyes, she let out a satisfying sigh. She looked happy but after a couple of seconds, she started panicking a little bit. She said it was cooler than she expected. I saw that she didn’t die or go blind so I tried it for myself. As a drop reached my eyeball, I felt a sudden cool essence surround my eyeball. It felt really good. But because it was so minty, I had to close my eyes for a full minute. I don’t know if you’ve also noticed, but whenever I put something with a mentholated flavour on my skin , it feels extra cool if it’s touched by a breeze. It had the same situation with my eyes. The air made my eye really cold so I had to use my eyelids as a blanket to keep it from feeling frosty. After a minute has passed, I tried opening my eyes and it felt so refreshing. There was a light cool feeling left that lasted for a couple of minutes, which I enjoyed so much.

Because I’ve already tried the maximum level of the Rohto Eyedrop line, I was confident to try my colleague’s level 3 eyedrops. It wasn’t as strong as the level 8 obviously but it felt refreshing as well. The cool feeling just fades away a lot quickly this time because it wasn’t as strong or as intense to begin with. After I put a drop on my eyes, I could easily keep them open without having difficulties. It was gentle. A lot of people might prefer this for everyday use on normal eye strain or even when your eyes feel tired. I plan on purchasing this one as well when I get a chance to but I would still buy the level 8 to help soothe my eyes if my eyelid veins start to swell again.

How Much Are The Rohto Eyedrops

How Many Drops Of Rohto Eyedrops Should You Use

After feeling the Rohto’s cooling effect on my eyes, I became a little addicted to it. I wanted to find out how much should I use in a day so I checked the instructions that came with it. It says that the recommended dose is 5-6 drops per day. I think that’s more than enough for a day so don’t risk getting your eyes damaged by putting more than the recommended amount.