When planning a trip to the land of the rising sun, one of the things that should be on your itinerary is to shop for Japanese snacks that you can take home with you. Here are some snacks that we think are very tasty and addicting yet very underrated.

Sanko Seika Cheese Almond has a rice cracker base that has a mild salty taste that comes from the cracker’s coating. It’s crunchy but easy to chew that won’t hurt your jaw or gums. It’s roughly the size and thickness of an ordinary potato chip. (well, asian potato chips. American potato chips are huge) The cheese on the top is a little creamy and has a light hint of sweetness to it. It perfectly balances the salty taste of the rice cracker and the nutty taste of the almond on top of it. 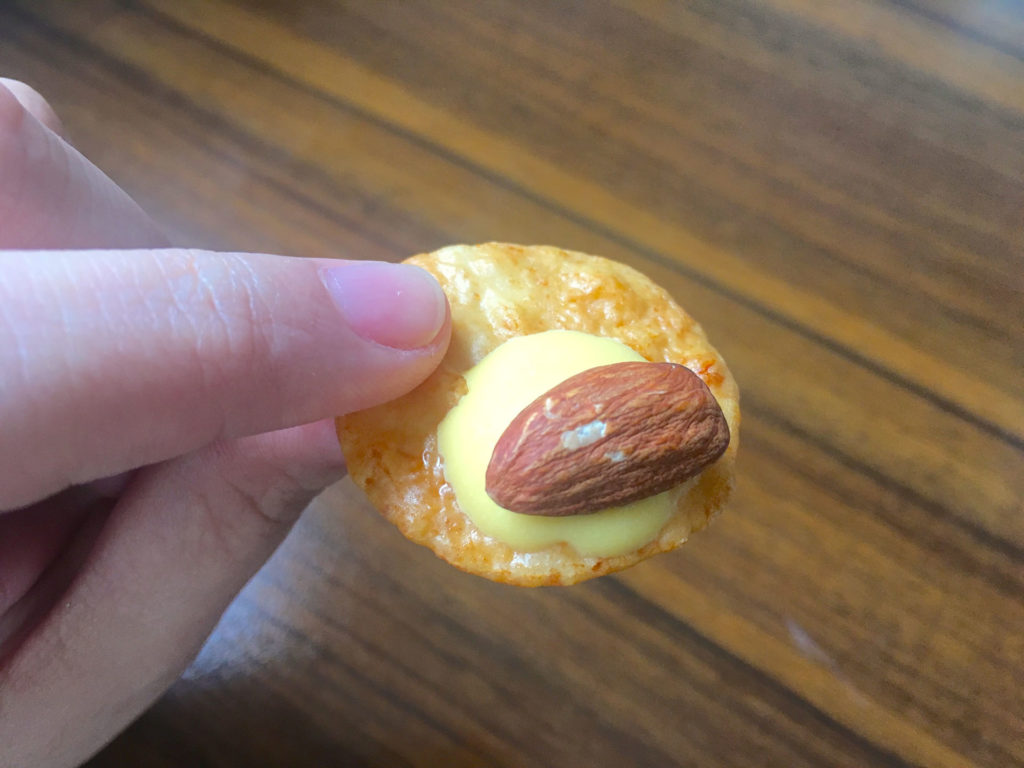 It comes in individual packets to maintain its crispiness and to prolong its shelf life (also maybe, just maybe, to help us consumers stop eating it like chips.) I bought several packs of this snack and gave some to my friends and family and they all loved it. Sanko Seika Cheese Almond is a snack that can be enjoyed by both kids and adults. (Although, be sure to supervise kids while eating this because they might choke on it.)

Sofuto Sakiika Dried Seasoned Squid is seriously the best dried squid snack i’ve had in my entire life. The others that i’ve tasted before tasted fake and some were ok but were very hard to chew. You had to marinate it your mouth and chew it several times to soften it before you can actually eat it. This dried squid saves you from that hassle. It’s already soft and chewy and goes perfectly with beer or any alcohol of your choice. It’s actually made for that and not for random snacking but who cares right? Whether you do or don’t drink and love snacking on something, once you taste the Sofuto Sakiika Dried Seasoned Squid, you just can’t stop eating. If you do manage to stop, it’s packaged in a resealable plastic container so you can just zip it and enjoy it later. It doesn’t easily go bad as well so you can stock up on these. It comes in different sizes but the photo on top is the largest pack available.

You might think why this normal looking snack made the list but Cheeza is very popular among tourists in Japan. This normal looking cheese crackers seem ordinary until you’ve tasted it. This is the best affordable cheese crackers i’ve ever eaten in my life. Aside from the rich cheese taste, the biscuit itself is very good. The downside is that there are only a few pieces in one pack so you really have to buy a lot. I haven’t seen a bigger size than this one as well but I hope that they someday they do make a larger pack.

Alfort is a well-known chocolate biscuit snack in Japan. Almost all the grocery and convenience stores have these. Even the small stores at train stations sell these snack. It has a milk chocolate on top of it that’s so rich and smooth. It’s very easy to distinguish among other chocolates because of its design. This one has a huge ship sailing in the ocean but other flavors, like the Sakura flavors, have different designs like the Tokyo Skytree, the Marunouchi Station and the Rainbow Bridge. The bottom part is a crunchy and tasty biscuit but it’s not just an ordinary biscuit, Alfort actually use digestive ones and it’s made with whole wheat flour. I literally just found out now while reading the text on its package. Alfort also comes in several sizes but I always buy the family size coz it’s perfect for sharing. 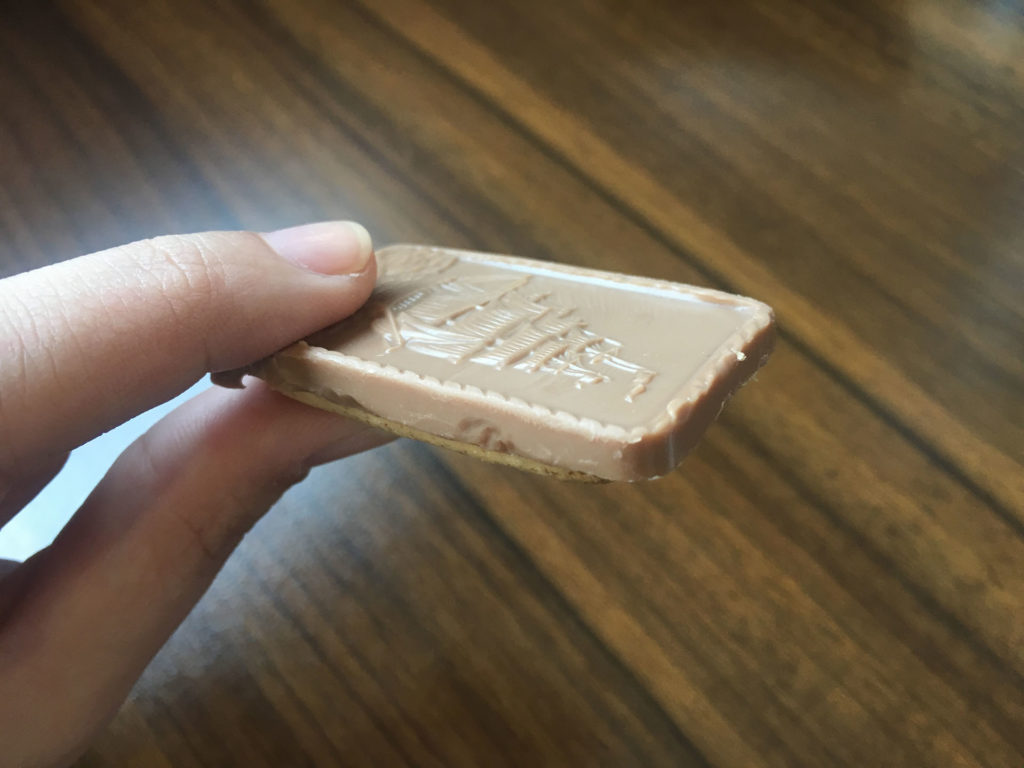 Alfort comes in several flavors as well. They have Milk Chocolate, White Chocolate, Dark Chocolate, Matcha Chocolate, etc. But there are only 2 flavors available in the family size.

The photo above is the milk chocolate and the photo below is their regular chocolate. 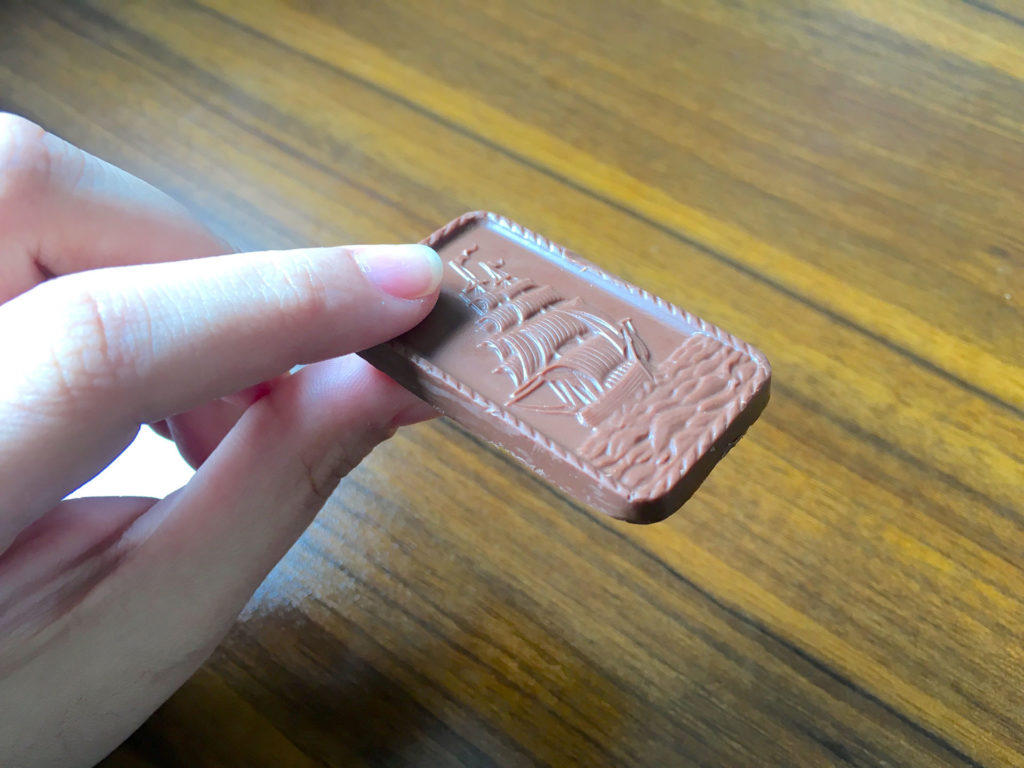 Kamakura Senbei is not your typical Senbei. The original Senbei is a rice cracker lightly flavored with soy sauce and mirin but the Kamakura Senbei is like a waffle type cookie that has a sweet cream filling in the middle. The sweetness of the sugar cream is not too sweet but perfectly balanced making you want to eat more. The cookies itself are so delectable and will melt once inside your mouth. The first time I tasted this snack made me want to finish a whole box but at that time I only had 1 piece. Since then, I made sure to buy a whole box of these whenever possible. This is no doubt in my top 3 favorite snacks from Japan. 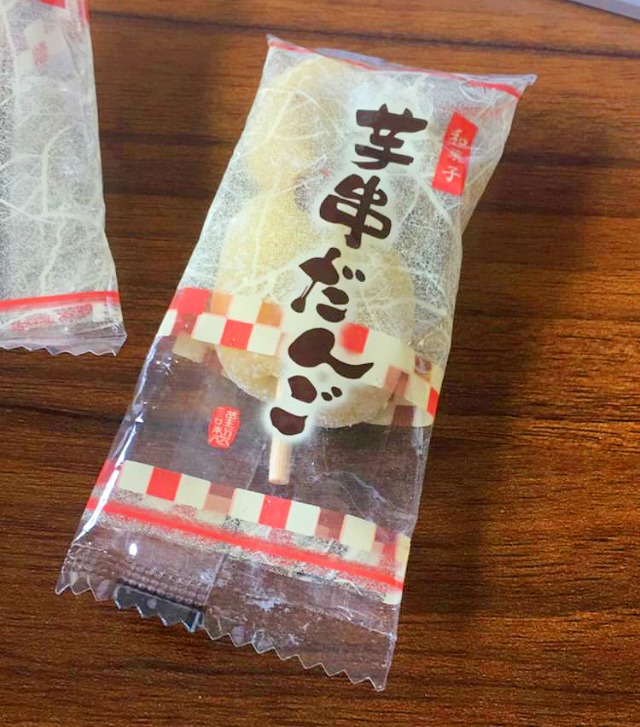 Imokushi Dango is similar to the popular traditional Japanese sweets called “Dango”. Dango is almost the same as mochi as it is both made with rice flour. Their consistency is very similar as well though the traditional Dango has sweet soy sauce brushed on top of it. Imokushi Dango doesn’t come with a soy sauce glaze but is also skewered on a stick like real Dangos. As the name suggests, Imokushi Dango has a filling made with sweet potato. One bite and I instantly fell in love with this snack. It’s so bouncy and easy to chew plus, the sweet potato filling is just delightful and compliments the taste of the rice ball perfectly. 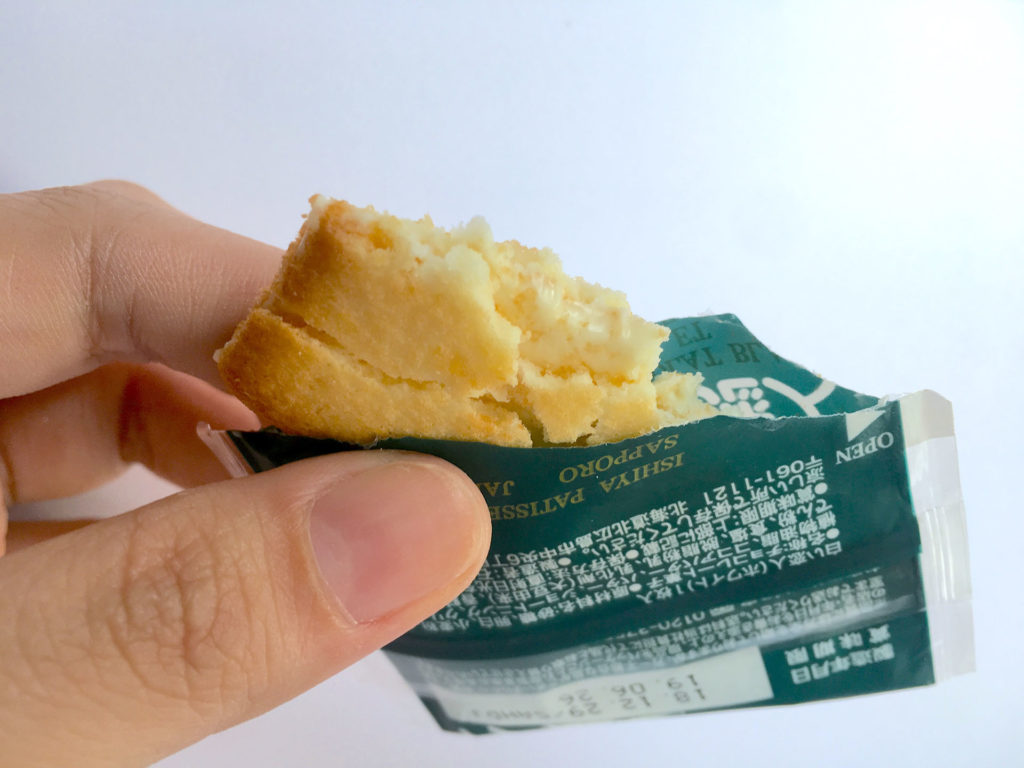 Shiroi Koibito is a Langue De Chat snack with a white chocolate filling. It’s one of the most sought-after souvenirs in Japan. It’s not that easy to find because I almost never see these snacks in Japanese grocery or convenience stores. The airport is the only place I know where to get these and even then, there’s always just a particular store inside the airport that sell this snack and be prepared to wait in line to purchase them. It’s not popular for no reason. Shiroi Koibito is very delicious. Sweet lovers would definitely want to go home with several boxes of these. They have perfected how the Langue De Chat should taste like and the white chocolate filling blends well with its flavor. It’s a perfect blend of crunchy and smooth textures.

Admittedly, there are several more that needs to be on this list. I’ll be sure to add more once I have the chance to buy and discover more of what Japan has to offer.